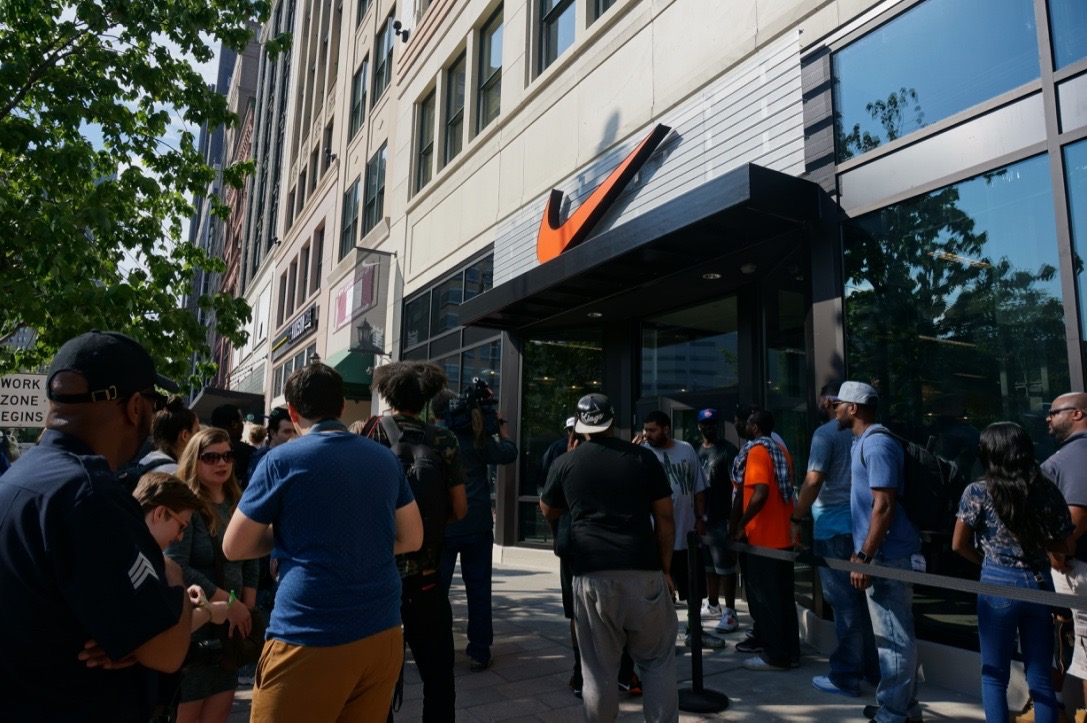 22 photos of the Nike store opening in downtown Detroit

After months of speculation and anticipation, the Nike Detroit Community Store is open.

The line of people waiting to enter the new store went down Woodward, past Moosejaw, and around the corner to Grand River. Exact numbers weren’t available, but many turned out to see Michigan State basketball coach Tom Izzo as well as the store opening.

“Sport is the cornerstone of our state’s pride,” said Michigan State University head coach and Basketball Hall of Famer Tom Izzo. “Fostering early, positive experiences with physical activity is incredibly important for young adults, which is why I’m thrilled to welcome Nike to the city of Detroit.”

This is the seventh Nike Community Store in the United States; there are locations in Portland, Washington DC, New Orleans, East Los Angeles and the Brooklyn borough of New York.

Community stores differ from Nike retail stores in four different ways. Community store employees who live within a five-mile radius of the store make up 80% of their staff. They also award $5,000 grants to eight local nonprofits each year. The company also focuses on volunteering in the community to bring positive ideas about physical activity.

The last thing we focus on is making the community store reflect the city they are in. From the mural on the wall to Detroit apparel and sports team apparel, they aimed to take everything into consideration.

The Nike Store is located in the former FW Woolworth Building on Woodward, sandwiched between the Hudson Café and Moosejaw.

The 22,000 square foot store features two levels of apparel and footwear for men, women and children.

I took a bunch of photos and a video during my visit today, so enjoy. 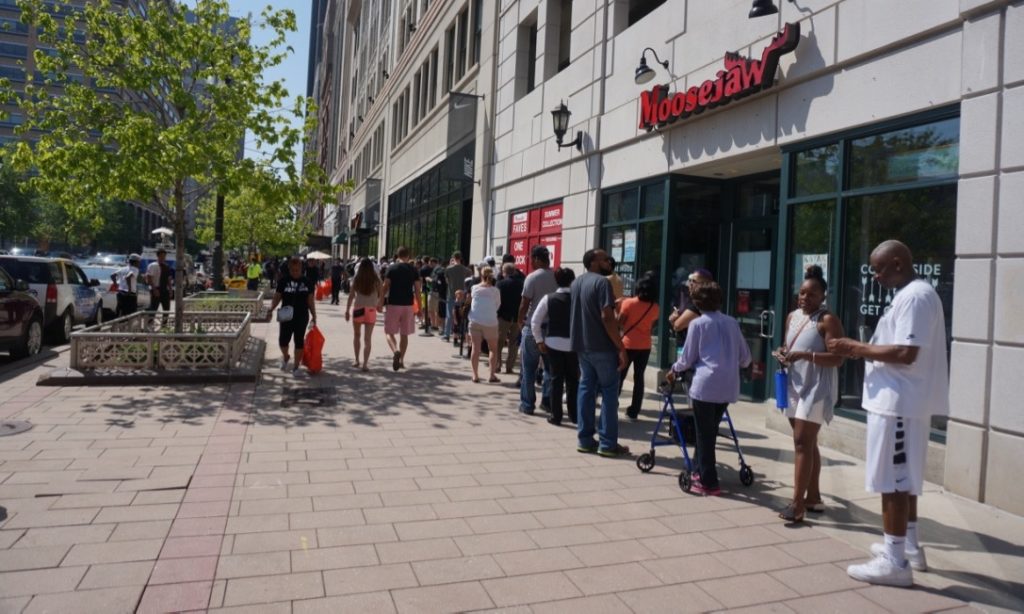 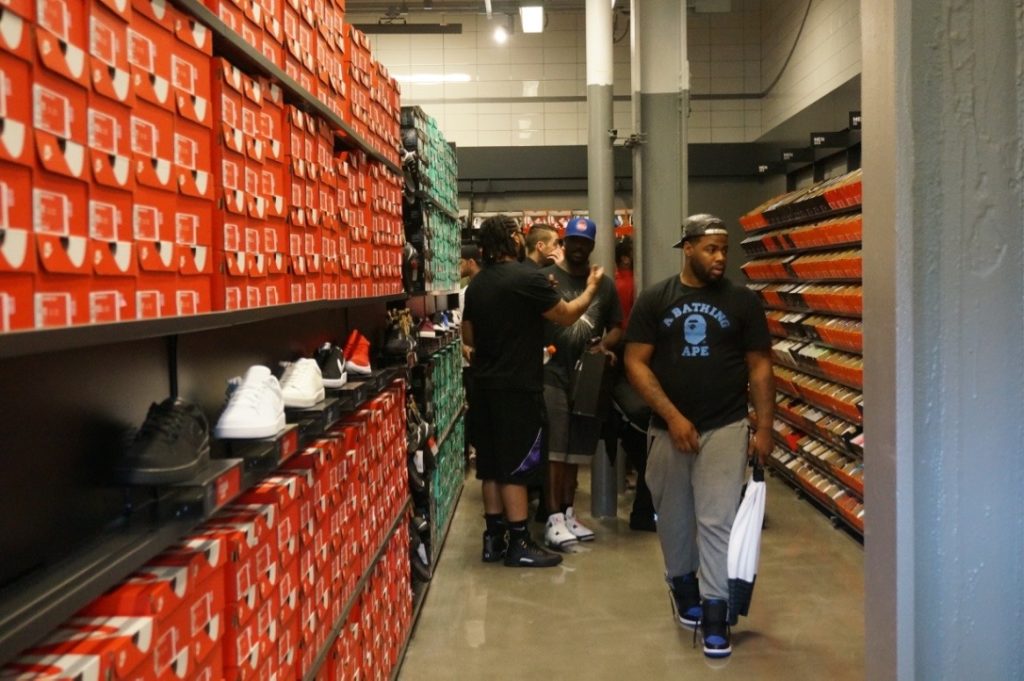 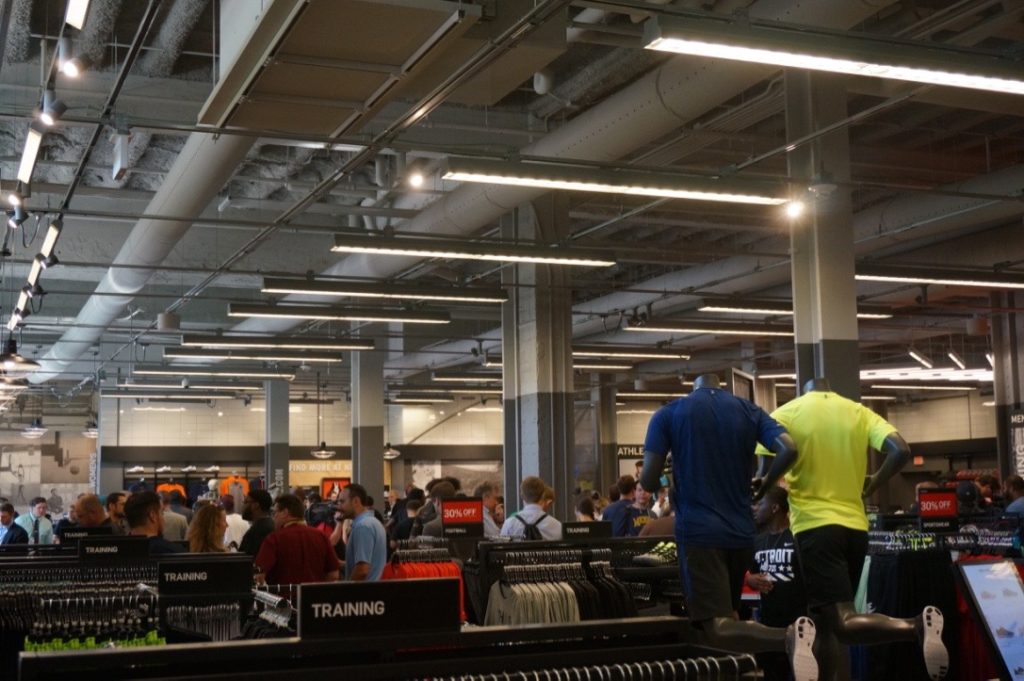 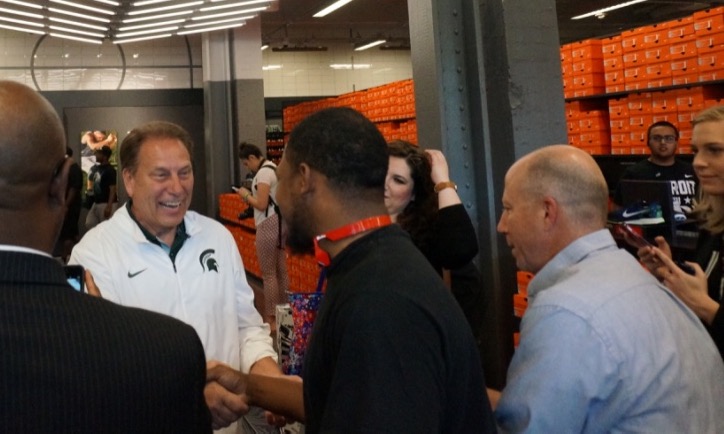 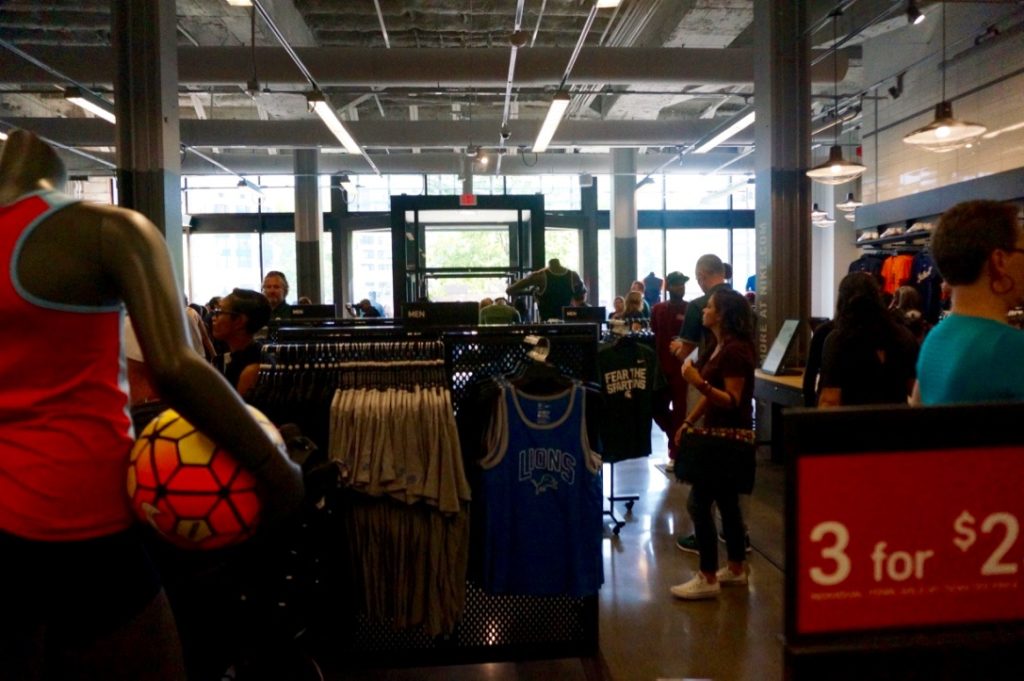 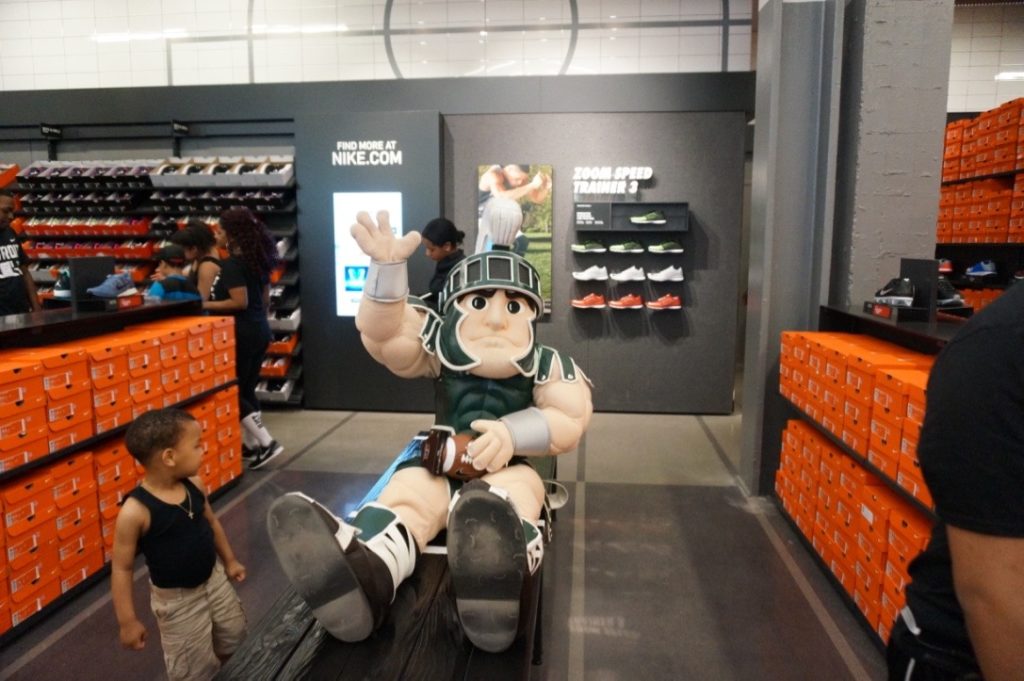 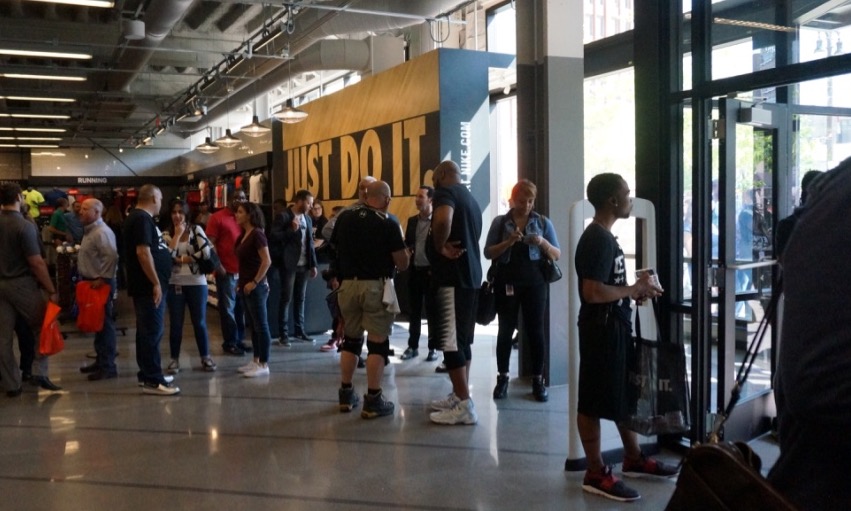 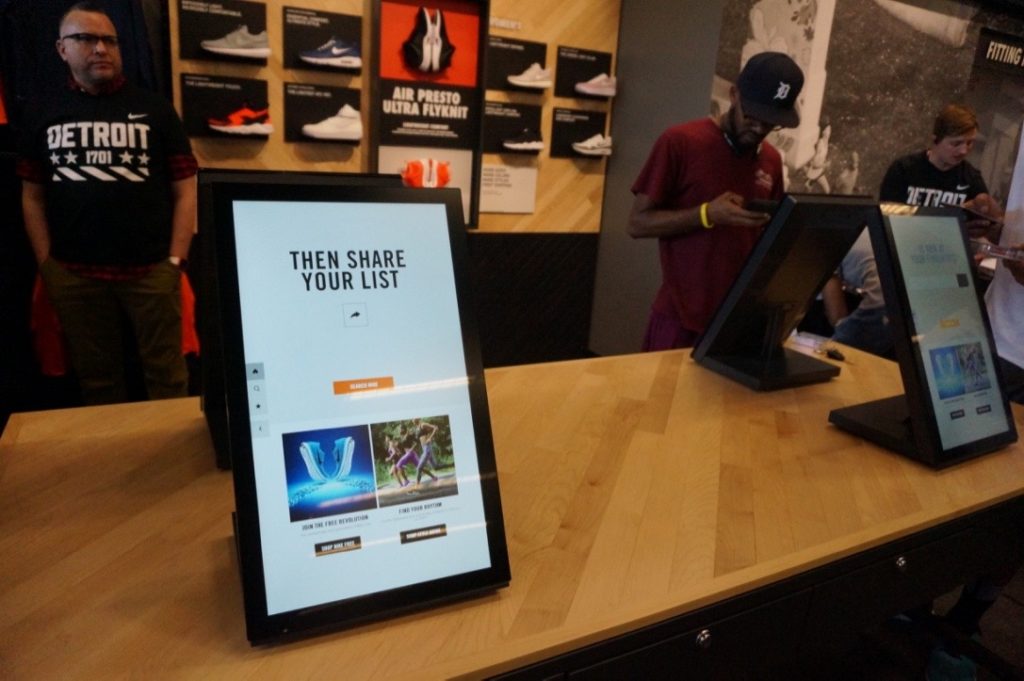 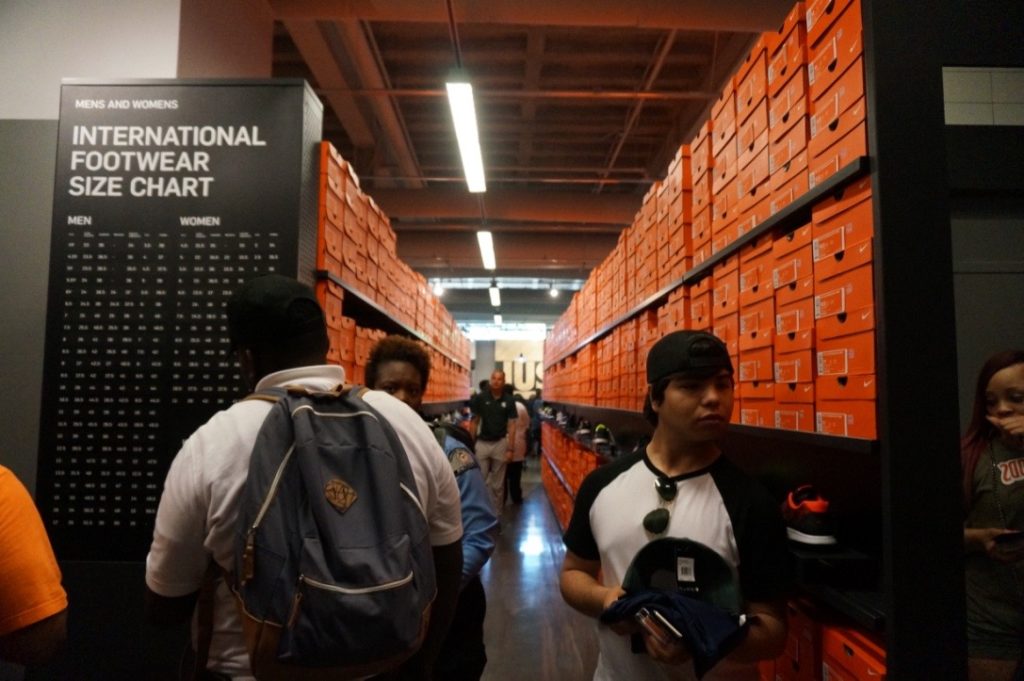 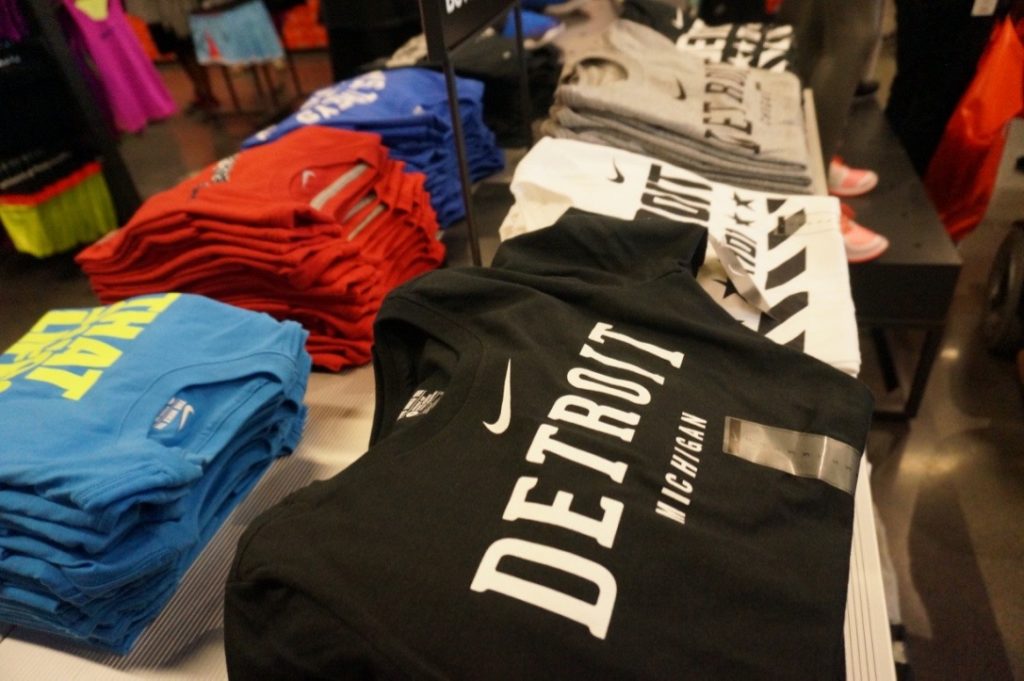 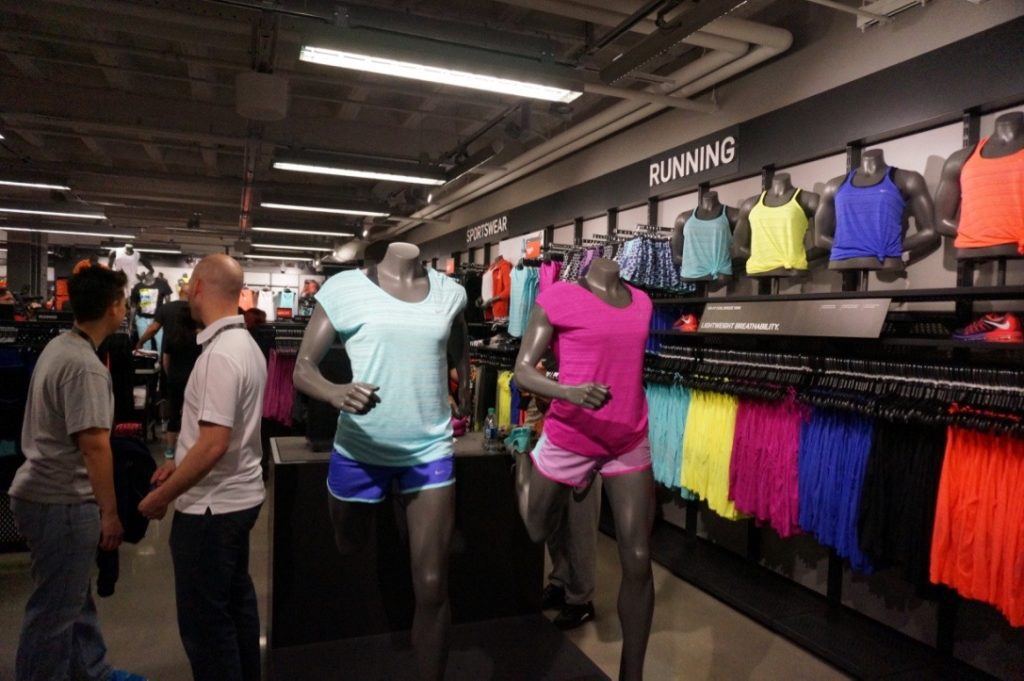 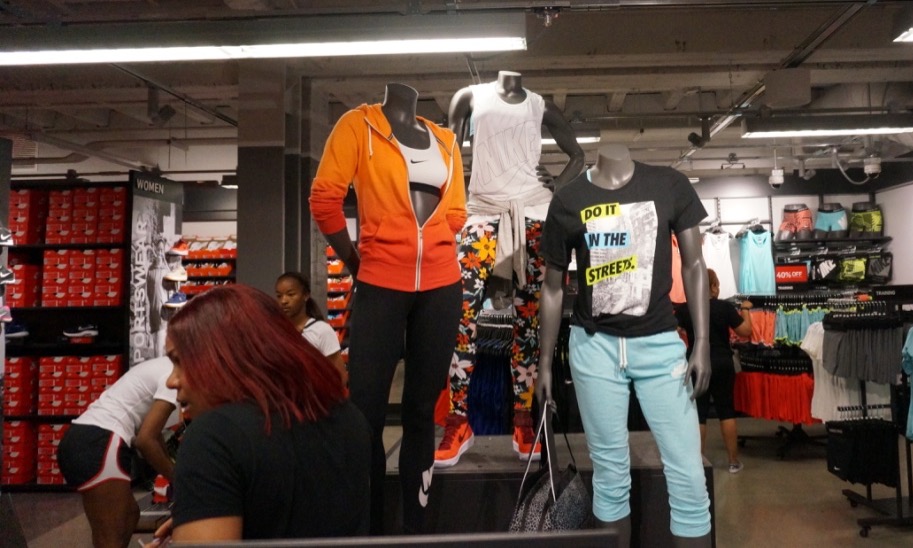 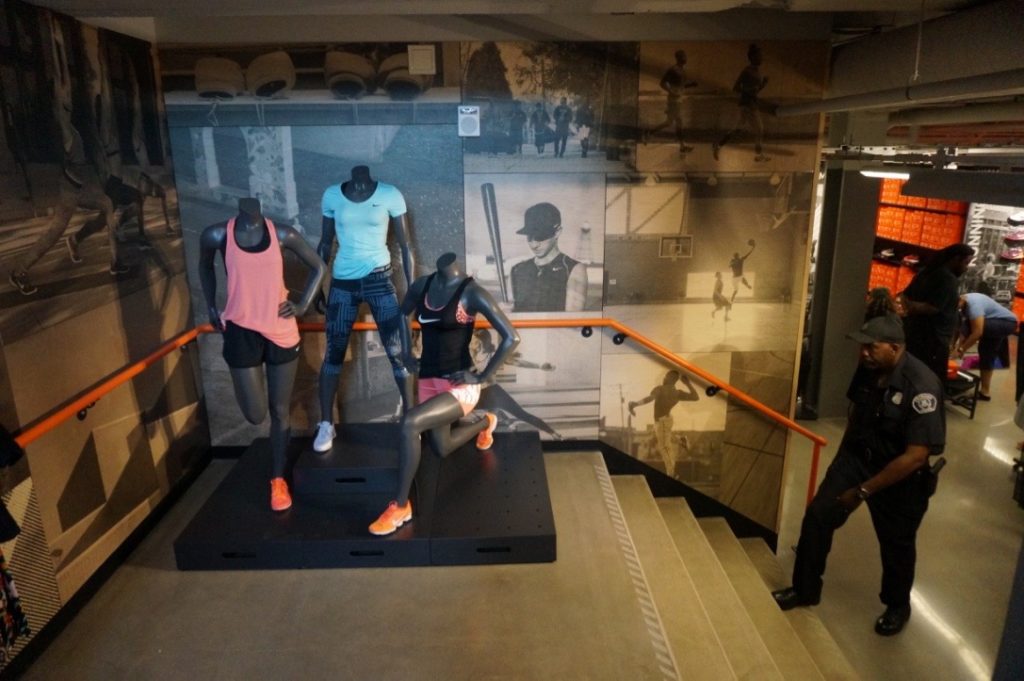 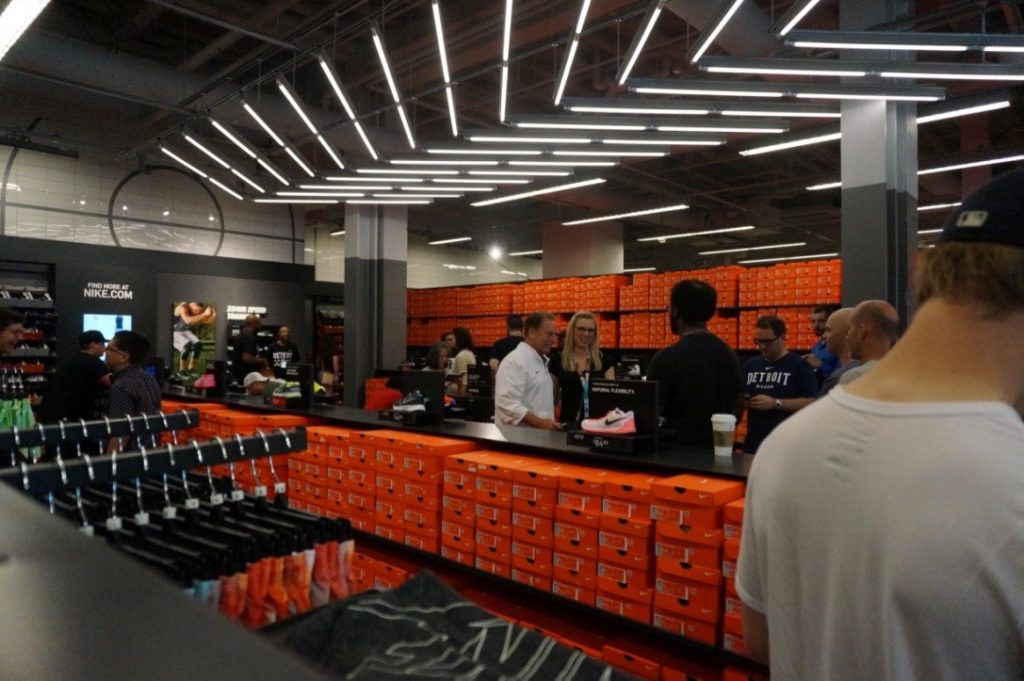 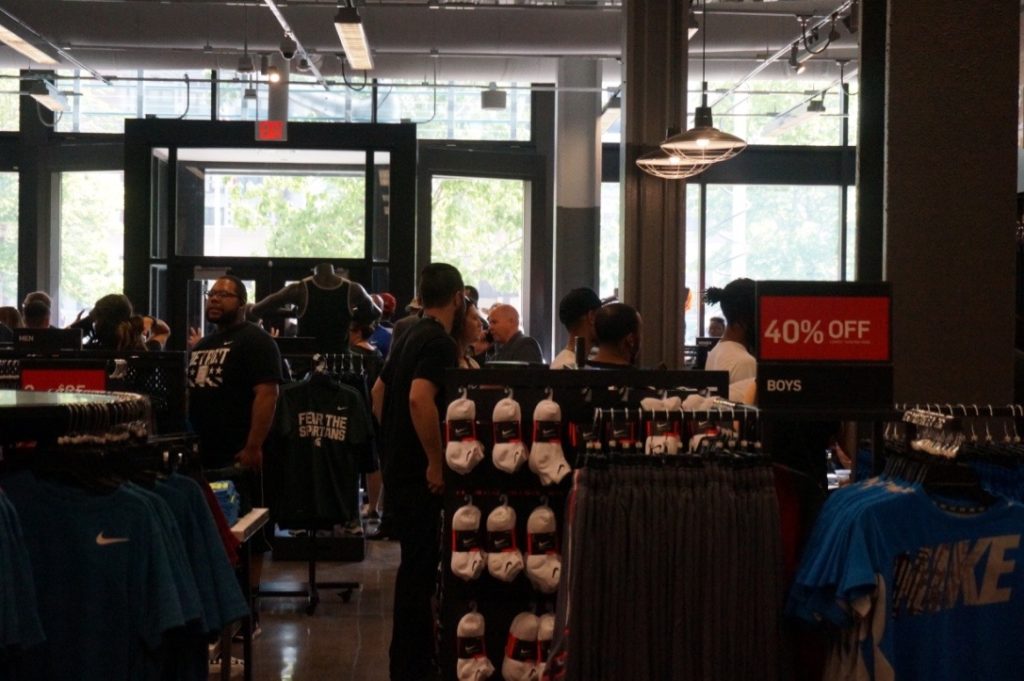 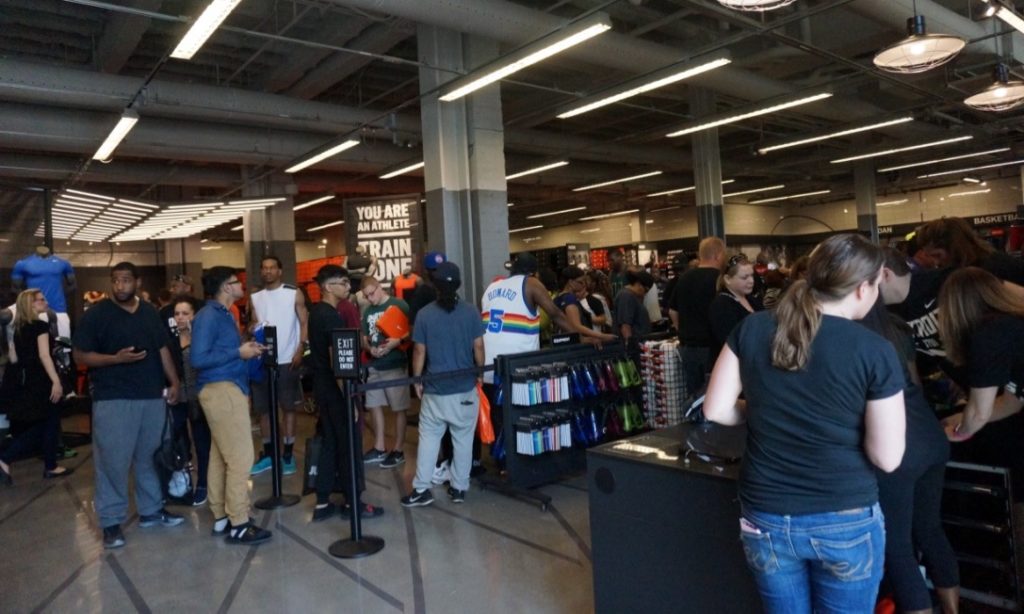 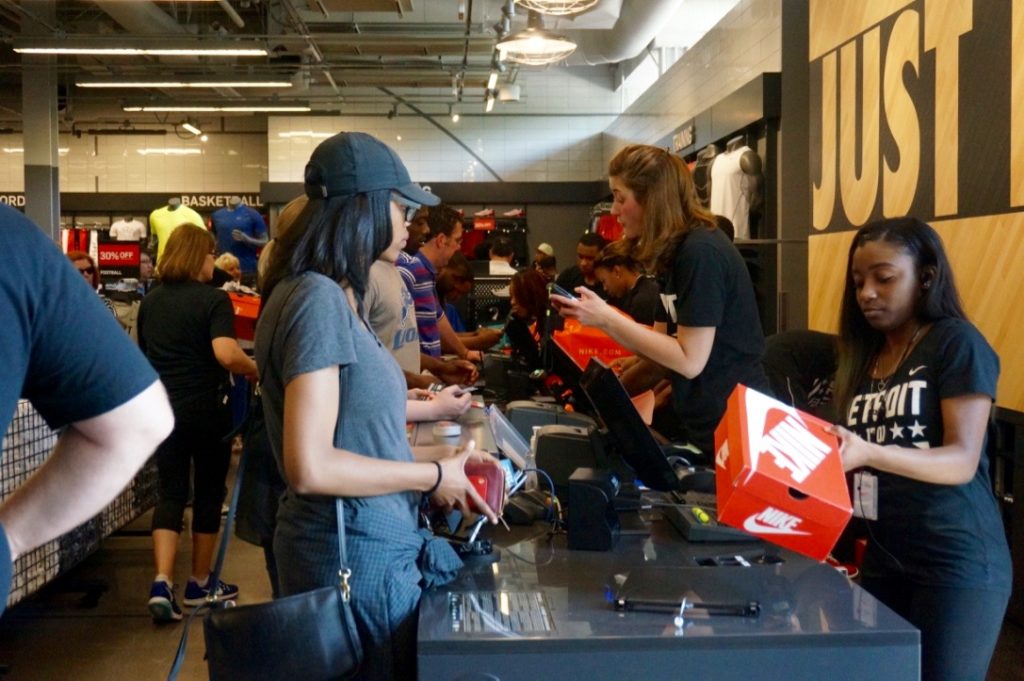 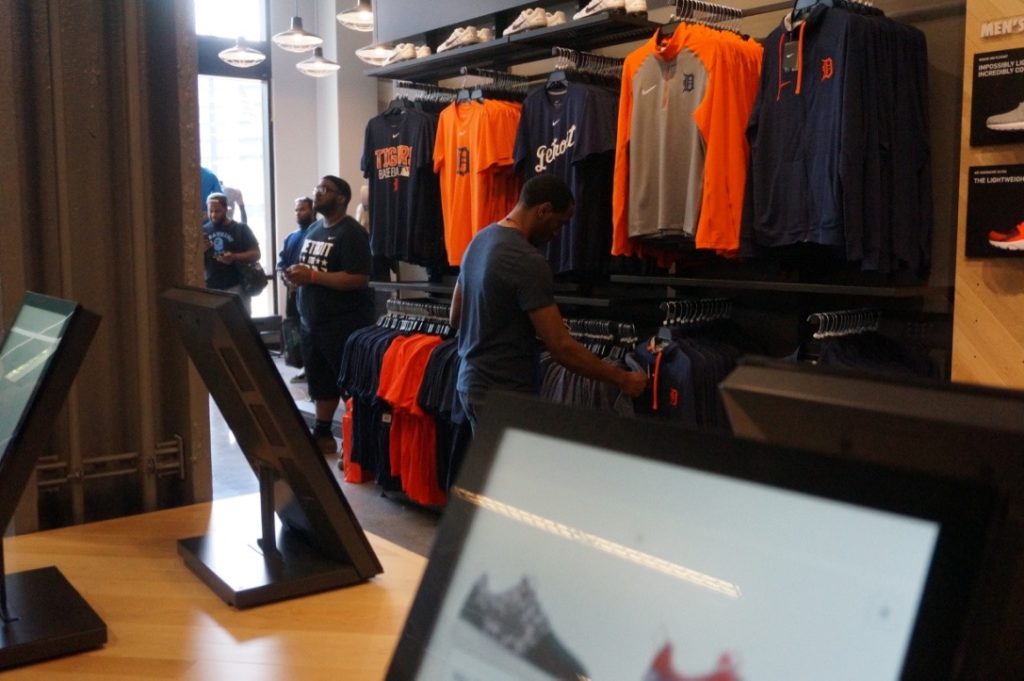 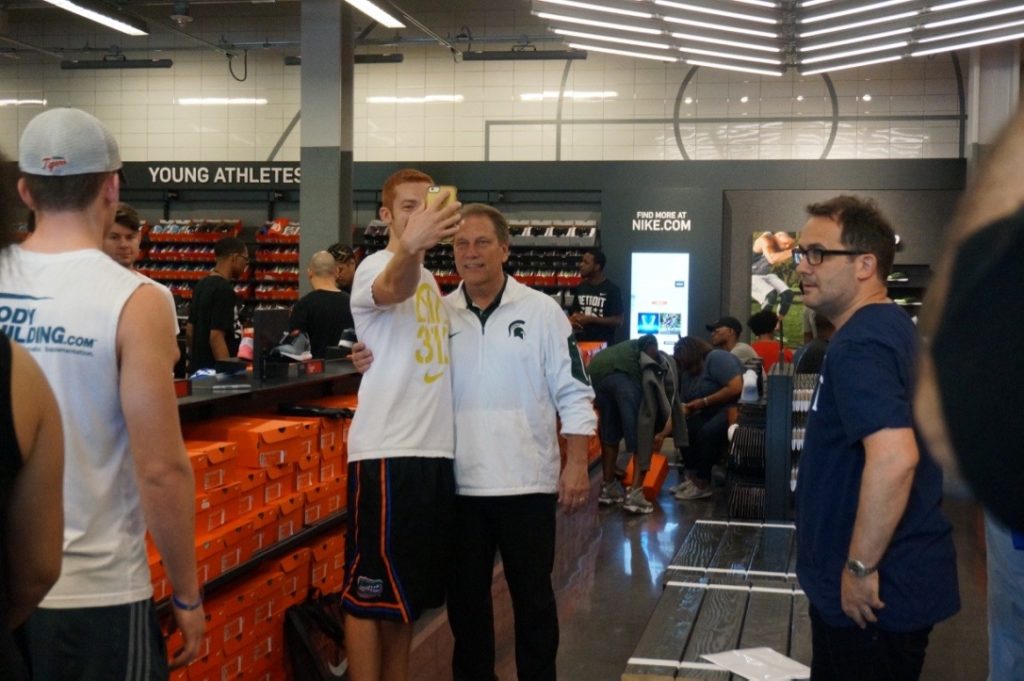 Tom Izzo and a fan take a selfie. 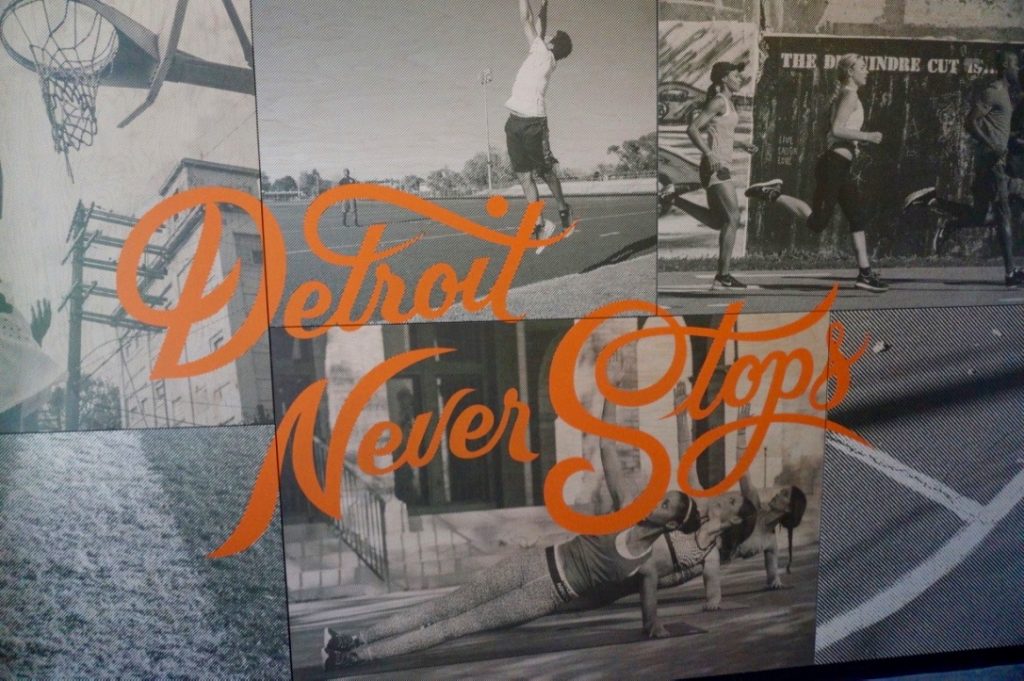 This Nike collection is designed by children’s hospital patients