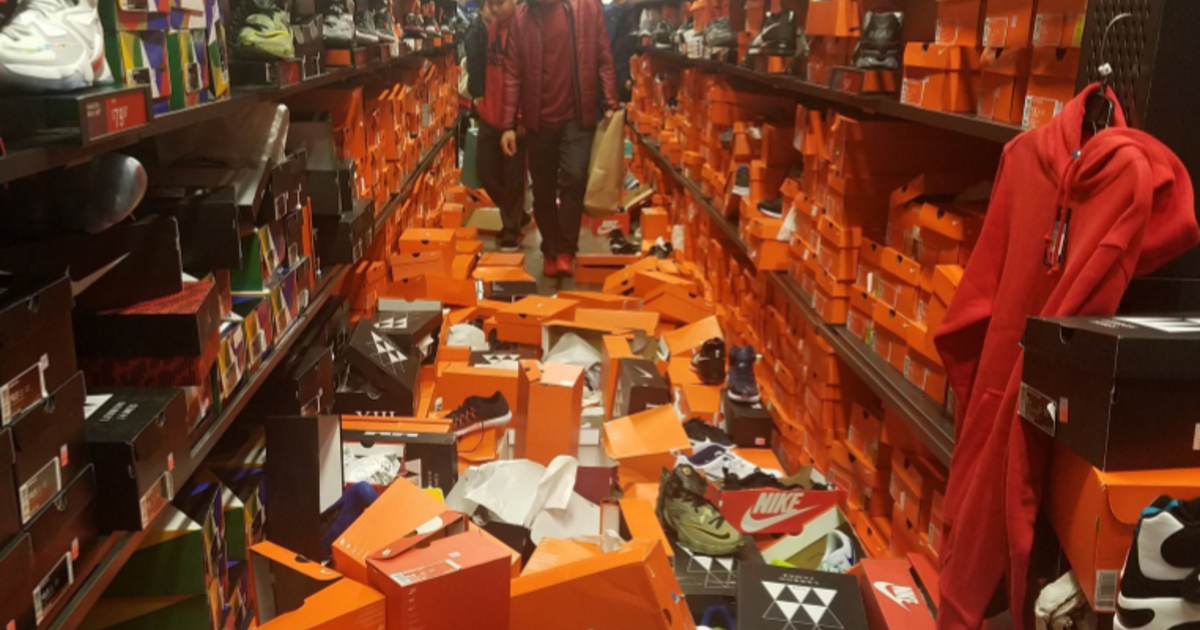 Cleaning in – every aisle.

Workers at a Nike store were left with a nightmarish cleanup after thousands of shoppers rushed the store’s aisles on Black Friday, tossing empty shoe boxes, pieces of cardboard and mismatched shoes on their path.

Hundreds of shoeboxes were tossed on the floor and tossed, CBS Seattle affiliate KIRO-TV reported.

The sight was so shocking that people who passed by Nike’s Seattle Premium Outlets in Tulalip, Washington took to social media to provide evidence of the store’s destruction.

“The wake of consumerism at the #Nike Factory Store is wild,” shopper Larry Downer posted on Facebook early Saturday morning. “I found Davis some basketball shoes, saved a lady from drowning in a sea of ​​orange cards, and sprained my neck from shaking my head. Ouch.

The video went viral with over 190,000 views and received dozens of comments.

Several others also shared photos of fallen shoe towers, which covered almost every inch of the ground:

According to Buzzfeed, about 20,000 people passed through the store between 9 p.m. Thursday and 10 p.m. Friday.

Nike has not yet responded to CBS News’ request for comment.