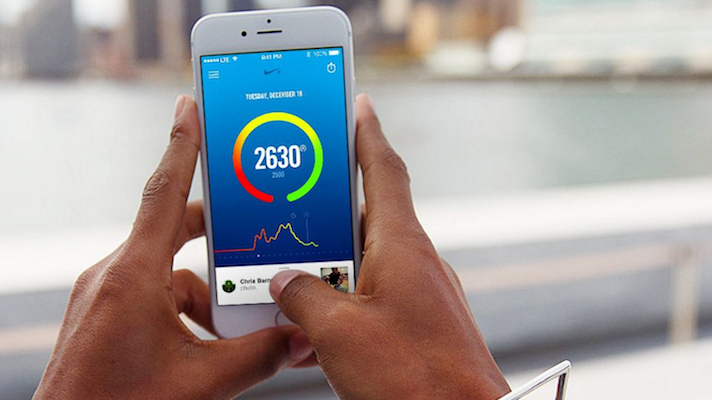 Nike has unveiled a new version of its activity tracking app, called Nike+, which now offers a coaching function for people of different fitness levels as well as a personalized online store allowing consumers to adapt the purchase experience of Nike products to the user.

“Today we showcase a range of innovations that only Nike can deliver,” Nike President and CEO Mark Parker said in a statement. “This represents a fundamental change in the way we serve the athlete. We have entered a new era of personalized performance. Athletes want more than a dashboard and data – they want a more personal relationship that gives them real solutions and full access to the best products and services.

The new app will offer a personalized feed that will recommend products suited to the user’s sports regimen. It will also provide users with coaching tailored to their schedule.

In recent years, retailers, especially sportswear companies, have increasingly used health apps as marketing channels to sell their products to users. Nike was one of the first retailers to dabble in digital health with its Nike+iPod partnership with Apple in 2006. MobiHealthNews was has been following Nike+ for almost seven years.

But since then, a number of apparel companies have ventured into digital health. In 2013 Under Armor acquired fitness tracking app company MapMyFitness and two years later Under Armor spent hundreds of millions of dollars to acquire three other apps, MyFitnessPal, Endomondo and Gritness, which was much smaller and quieter.

Shortly after Under Armour’s acquisition of MapMyFitness, that company’s co-founder and vice president of innovation strategy, Kevin Callahan said in an interview that Under Armor would use their company’s training data to help them sell apparel.

And over the past year, two more apparel brands have acquired fitness apps. In August 2015, Adidas has acquired Runtastic, an Austrian fitness app and device company. Then, last month, Boston-based FitnessKeeper, creator of the Runkeeper app, announced an acquisition agreement by Japanese apparel and running shoe company Asics.

“Partnering with Asics to meet [our] the vision together makes a lot of sense,” Runkeeper founder and CEO Jason Jacobs wrote in a Medium post at the time. central element of the fitness experience. There is a strong alignment between our brands and our core values. And from people who use our Shoe Tracker feature in the app, we know that Asics shoes are by far the ones Runkeeper users use the most!”

Are these Nike shoes telling China to “get bigger”? (Update: Not really) | Marketing