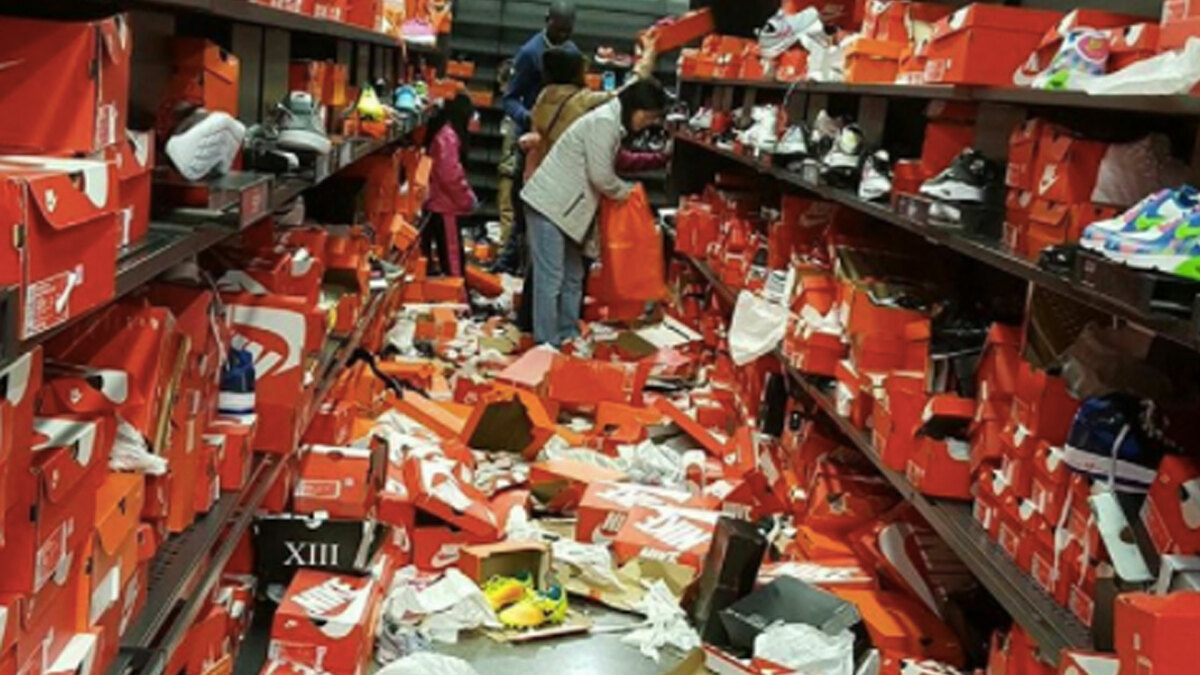 Shoppers are ruthless when Black Friday rolls around, and this year has been no different.

Last Friday, the Nike store at the Seattle Premium Outlets in Tulalip, Wash., felt the wrath of determined sneaker junkies hungry for bargains.

After the doors opened on Black Friday, it was only a matter of time before the neatly organized store transformed into a chaotic mess of mismatched shoes and an obstacle course of stacked boxes.

This is the pre-Black Friday Nike store, with well-stocked shelves and beautifully hung clothes.

Now keep that beautiful image by watching these terrifying photos and videos from the store during all the Black Friday madness.

Shoppers who posted images on Instagram likened the desolate scene to a “zombie apocalypse”, offering their sympathy to employees who are expected to deal with the post-closing mess.

Buzzfeed reported that around 20,000 people visited the store between 8 p.m. Thursday and 10 p.m. Friday.

Photos show sneakers removed from their orange boxes and piled on the ground, clothes thrown away and shoppers having to knock boxes just to walk down the aisles.

Shopper Larry Downer, who was just hoping to buy his son basketball shoes, shared his experience at the store on Facebook.

He described the scene as “savage”, explaining that he “saved a lady from drowning in a sea of ​​orange boxes” and even sprained his neck shaking his head so frequently.

A Nike representative said Mashable that after despite the large number of Black Friday shoppers, “the store was back in order on Saturday morning”.

This impressive feat must have taken a long time.

Related video: Nike’s self-lacing sneakers are on the way, but they don’t come cheap