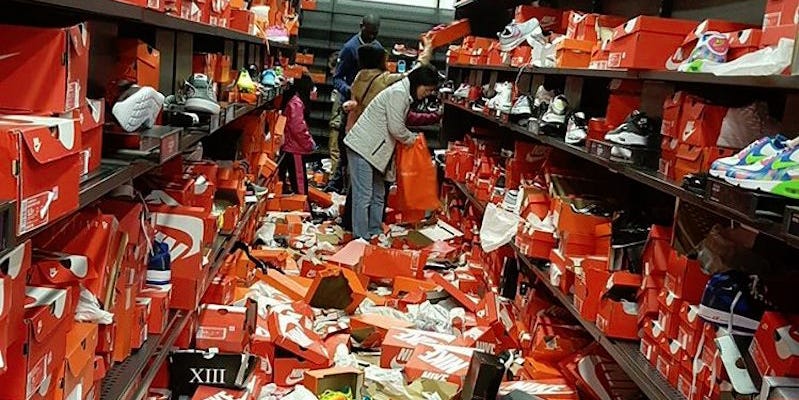 The sportswear giant’s signature orange shoeboxes littered the floor after shoppers scoured the Tulalip, Washington store on the second-biggest retail day of the year. Photos from the store went viral on Saturday.

A store worker said about 20,000 shoppers entered the store from 8 p.m. Thursday to 10 p.m. Friday, BuzzFeed reported, leaving a trail of destruction in their wake.

“People [were] not putting anything back in the right place for the duration of our opening,” the employee said.

Video from the store shows customers stepping over scattered boxes and children lazily pushing them away. The damage does not appear to be limited to a single area of ​​the store.

Nike is expected to maintain its status as one of the hottest brands this holiday season, and it’s still hugely popular with teens and young adults.

A Nike spokesperson confirmed to Business Insider that the store experienced a large number of shoppers on Black Friday and that the store was restored to order Saturday morning.