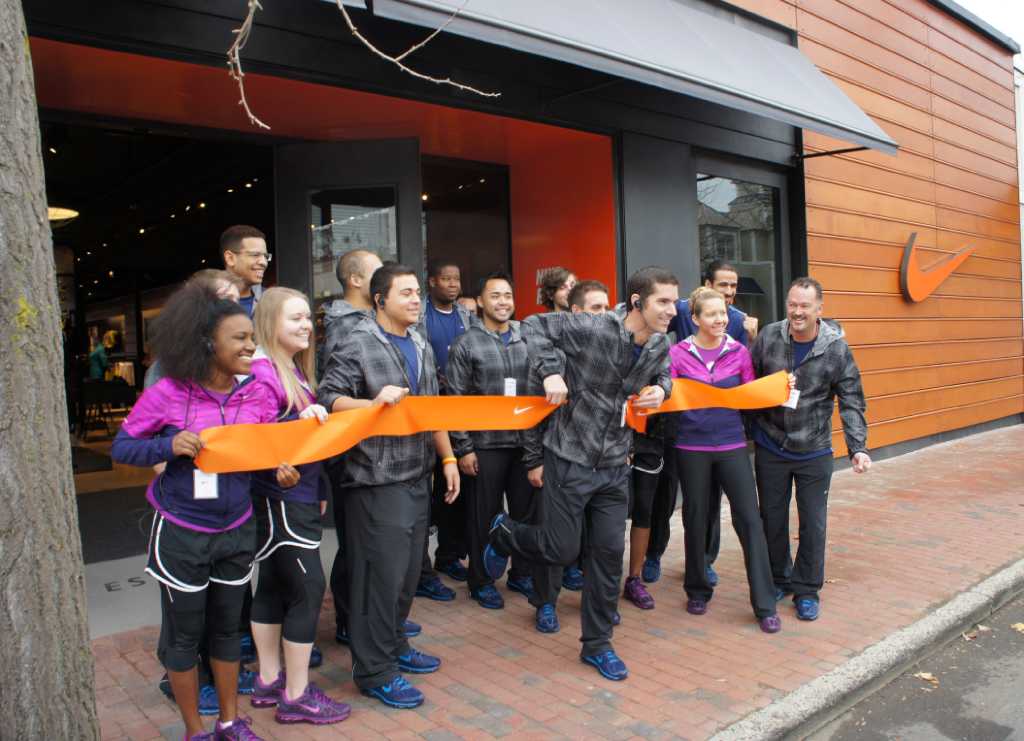 WESTPORT – Downtown Westport has a new competitor in its retail race.

A new Nike store has opened at 69 Main St., marking the latest addition to the sportswear giant’s chain of specialty stores.

The store, which measures approximately 5,700 square feet, includes clothing and footwear for men and women. Nike Running Westport offers three main categories of merchandise: sportswear, which has a retro style; running, which are items designed for use on the track or trail; and training, which is sportswear suitable for training in the gym.

Reflecting the focus on athletic performance, the store offers several items from the Nike+ range, which allow runners to track their distance, pace and time.

The store also offers NIKEiD, an online service that allows customers to create and order personalized items. A client could, for example, design a Miami Heat superstar LeBron James LeBron 9 iD basketball shoe with brightly colored soles and linings and custom branding on the sneaker’s tongues.

Nike also plans to create a new running club based at its Westport store.

Westport’s Mary Walsh made the store’s inaugural purchase, purchasing a pair of Barefoot Ride shoes for her daughter. “We’ve been waiting for this store to open,” she said. “It’s definitely something we needed.”

At the other end of the store, Gary Cianciotta of Trumbull was choosing a new hat and gloves for the winter season.

“I love running, so it’s a great place for me,” he said. “I especially like the design of the exterior of the store. It looks like those high school bleachers that fold up against the wall.”

Nike has hired 29 employees for its Westport store and plans to add five more employees, according to a company representative.

Nike also operates an outlet in Farmington, as well as an outlet store in Clinton. The Westport storefront marks the 10th Nike running store to open nationwide since last year. Nike launched its first running-focused store in Stanford, California.

The opening of Nike Running Westport reflects the continued strength of downtown Westport as a regional retail hub. Over the past year, designer brand Theory and Calypso St. Barth, a women’s clothing store, and Benefit Cosmetics each opened new storefronts on Main Street. Additionally, Gap expanded its downtown retail presence with the opening of a three-story storefront on Main Street. Gap once occupied the new Nike Running storefront at 69 Main St.