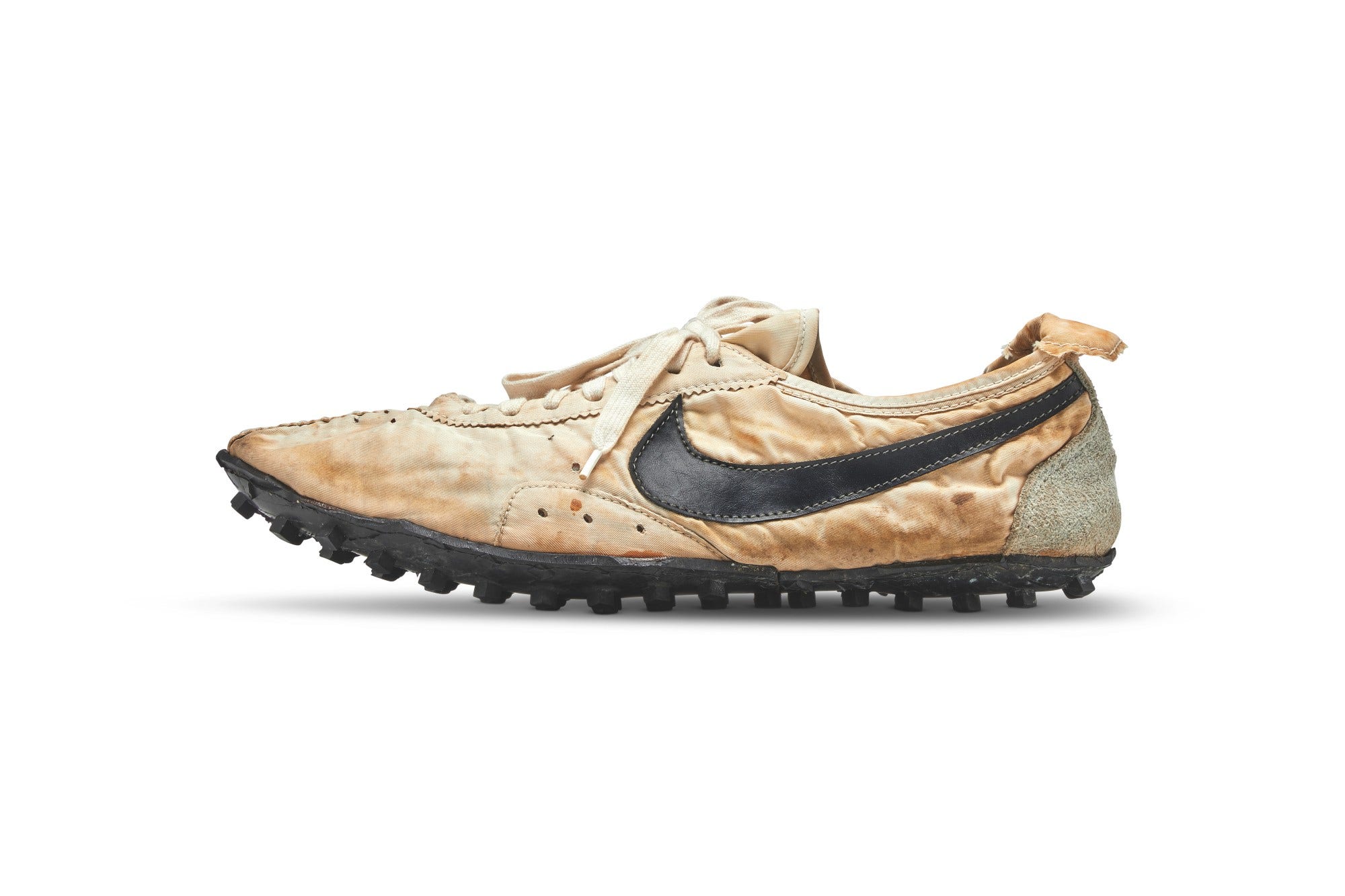 These Nike Shoes Just Sold For Almost Half A Million Dollars

The coveted Waffle Racing Flats, or “Moon Shoes”, were one of the original running shoes designed for the stars of the track at the 1972 Olympic Trials in Munich. There are only 12 pairs of handmade shoes and the pair sold on Tuesday is the only one known to exist in perfect condition. The shoes are the brainchild of Nike co-founder and University of Oregon track coach Bill Bowerman, who created the first prototype by tinkering with his wife’s waffle iron and pouring rubber into the mold of the sole.

Canadian investor and car collector Miles Nadal bought the pair along with 99 other rare or limited-edition shoes for a total of $850,000 at the auction.

Before “Moon Shoes,” the highest price paid for sneakers at public auction was $190,373 in 2017 for a pair of signed Converse shoes that were reportedly worn by basketball star Michael Jordan during of the 1984 Olympic final, Sotheby’s said in a statement.

At the auction, Nadal said the “Moon Shoe” is a “true historical artifact of sports history and pop culture.” He plans to display them, along with the other 99 freshly purchased shoes, at his Dare to Dream Automobile Museum in Toronto.

Multinational art dealer Sotheby’s recently teamed up with streetwear marketplace Stadium Goods to auction off 100 of the rarest sneakers ever produced.

Learn a hack that will save you money